Military officer and statesman. Born in Tokyo. A graduate of the Military Academy. While enrolled at the Army War College, he fought in the Russo-Japanese War. He worked in the General Staff Office. He successively held important posts as Provost Marshal, Principal of the Army War College, and Chief of the Inspector General of Military Training Department. In 1931, he became the War Minister of the Inukai cabinet, and remained in the post in the Saito cabinet. He preached the national polity concept and spiritualism, which made him stand at odds with Toseiha (Control faction) as a central figure of Kodoha (Imperial Way faction). In 1933, he was promoted to Army General. After February 26 Incident, he was placed in the reserves. He served as Minister of Education in the first Konoe and the Hiranuma cabinets. Araki was sentenced to life imprisonment as a class-A war criminal after the war, but was paroled in 1954. 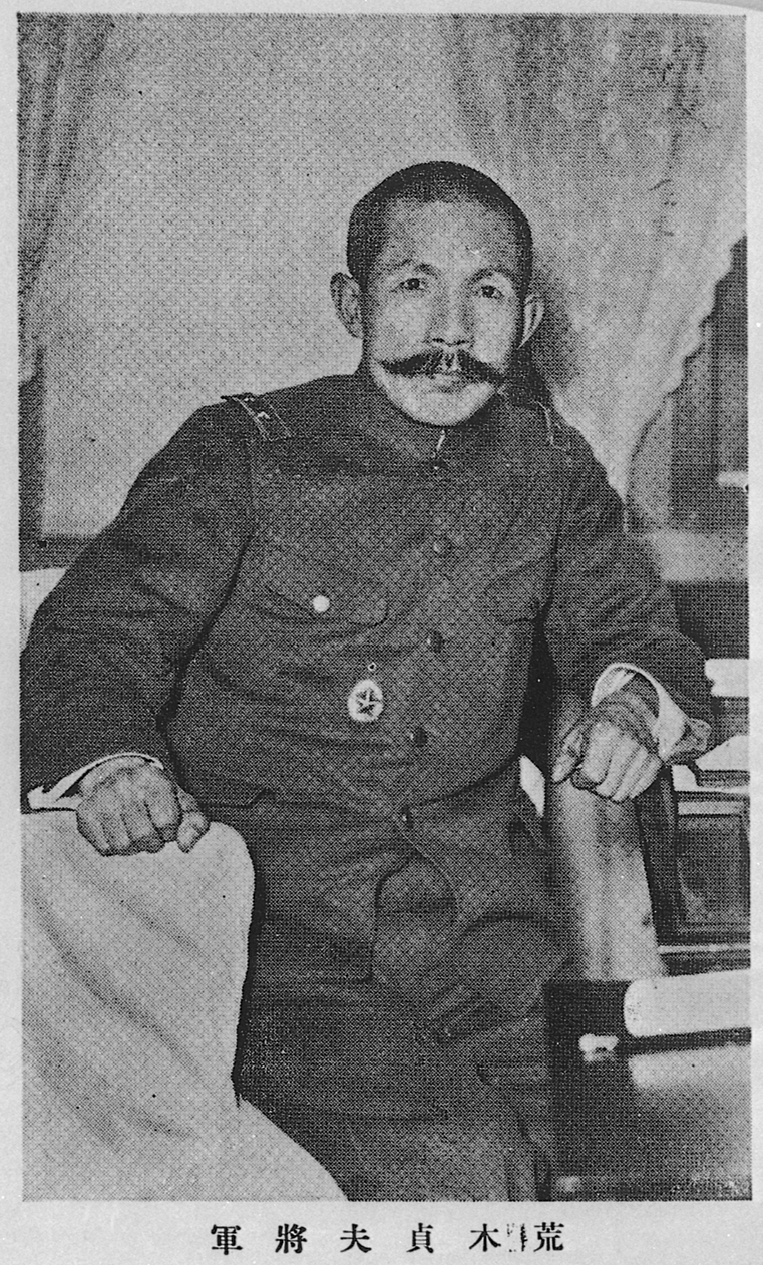