Painter. Born in Ibaragi. He entered the Tokyo School of Fine Arts in 1889 and graduated in 1893. Although he became a professor of the school in 1896, he resigned together with Tenshin Okakura in 1898 because of a confrontation in the school. They established the Nihon Bijutsuin (Japan Art Institute) and Yokoyama visited India, America, and Europe from 1903 to 1905. In 1914, he helped revive the Nihon Bijutsuin (Japan Art Institute) with Kanzan Shimomura, and thereafter was active as a key person of the institute. He became a teishitsu gigeiin (imperial artist) in 1931, a member of Teikoku Bijutsuin in 1935, and was awarded the Order of Culture In 1937. His representative works include "Kutsugen" (Qu Yuan), "Seisei ruten" (Wheel of Life), and "Umiyama Judai" (Ten subjects on seas and mountains). 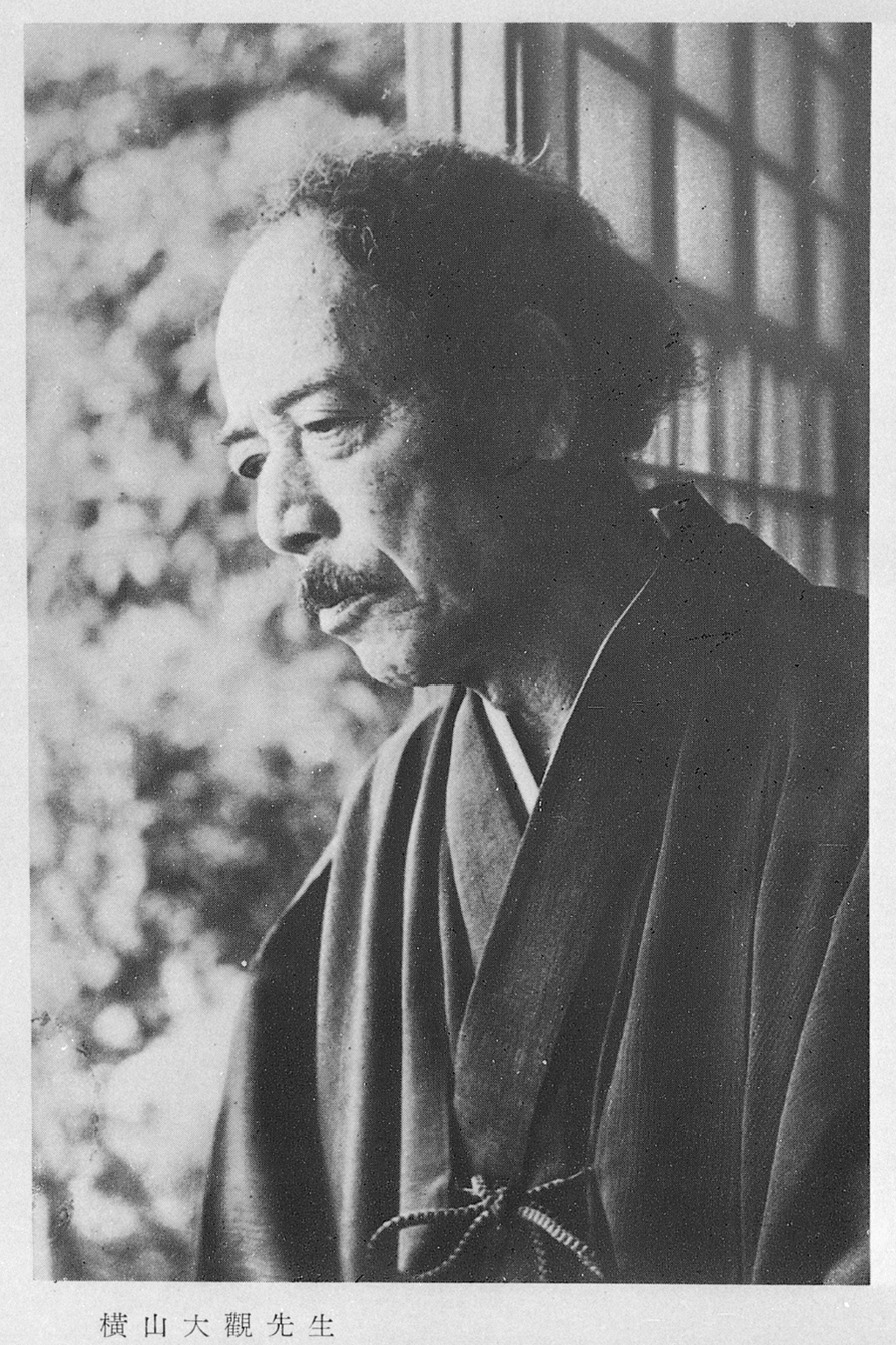