Military officer. Born in Fukuoka, the son of a samurai of the Fukuoka Clan. A graduate of the Military Academy and the Army War College. He went to Germany to study in 1894. In 1895, he served in the Sino-Japanese War and took part in the Japanese occupancy of Taiwan as a staff officer of the Imperial Guard Division. After serving as military attaché to the legation in France and the legation in Russia, Akashi promoted intelligence activity in Stockholm during the Russo-Japanese War that was aimed at causing a disturbance in Russia. During the course of Japan's Annexation of Korea, he successively held important posts as chief of staff of the army stationed in Korea and commander of the military police stationed in Korea. In 1918, he was appointed the Governor-General of Taiwan and was promoted to Army General. In 1919, Akashi concurrently held the post of the Taiwan Army Commander, but he died from illness during service. 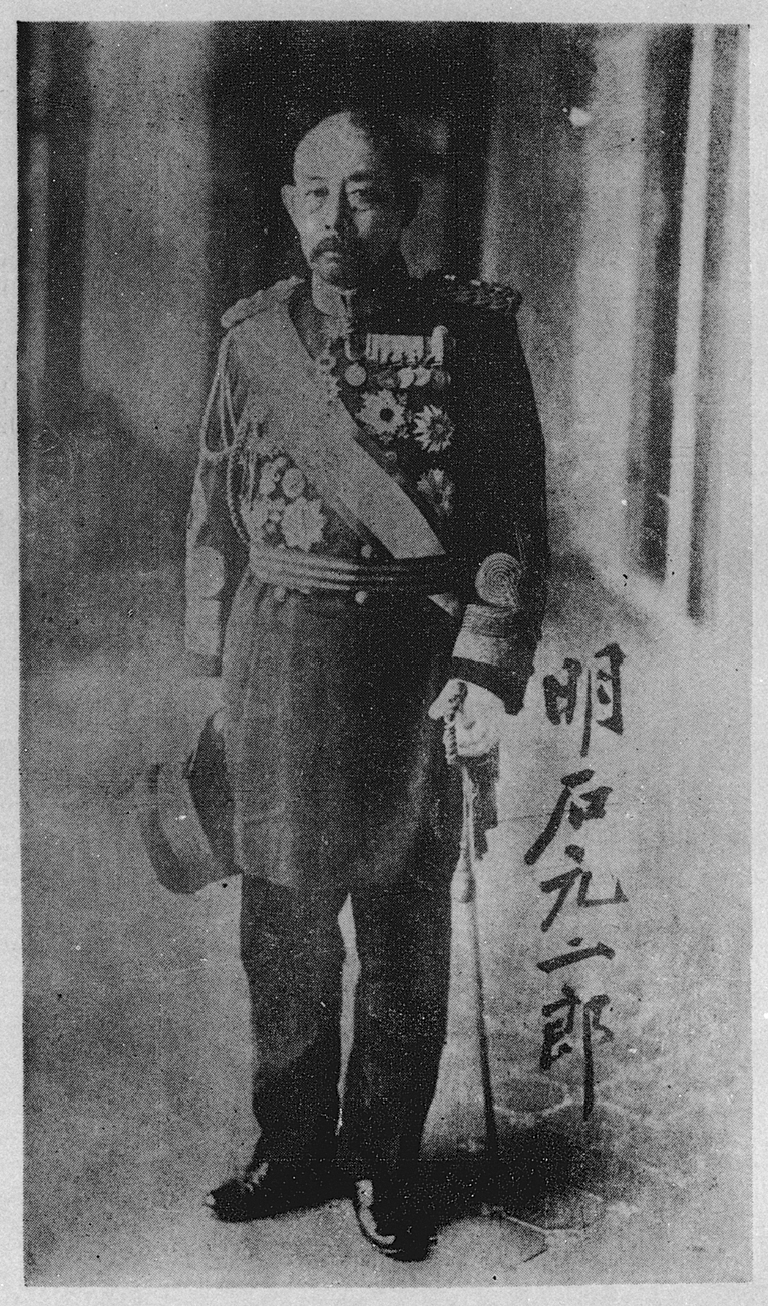